On 6 November 2015, Amnesty International received an official communication from the Government of Bangladesh through the Deputy High Commissioner in London, Mr. Khondker M Talha, in response to our statement on 27 October concerning the imminent execution of convicted war criminals Ali Ahsan Mohammad Mojaheed and Salauddin Quader Chowdhury. In addition to rejecting false accusations made by Prime Minister Sheikh Hasina against Amnesty International in the media, we have responded to the allegations made in the above mentioned communication in a letter to the Honourable Prime Minister and emphasised the following:

Amnesty International is an independent and impartial organisation which campaigns for justice for victims of human rights violations and accountability for perpetrators worldwide, regardless of who they are and any political affiliation they may have. We do not support or oppose any political party in Bangladesh or anywhere else, and have worked on Bangladesh for decades, documenting the human rights situation under the Awami League, the BNP as well as the Jatiya Party and the Caretaker governments. We have made recommendations to successive governments to protect, and secure justice for, victims of enforced disappearance, extra-judicial killings, communal violence, attacks on freedom of expression and minorities, among others.

In its note, the Government of Bangladesh infers that Amnesty International is a biased commentator on the trials of Ali Ahsan Mohammad Mojaheed and Salauddin Quader Chowdhury for calling them “opposition leaders.” Amnesty International’s reference to the political affiliations of the two convicted war criminals in our 27 October statement, as well as the two preceding statements, was based on public knowledge of their political standing and how they were referred to in Bangladeshi and international media.

The note from the government accuses Amnesty International of making sweeping comments about the unfairness of the trials which only serve the interests of the convicted and their supporters. We have been urging the authorities in Bangladesh for many years to address impunity for mass scale violations in 1971, later entrenched in the inaction of successive Bangladeshi governments. We recognise the urgent need for justice for victims and in 2008 recommended the caretaker government establish an independent official commission of inquiry, in accordance with human rights standards for war crimes, crimes against humanity and other serious violations of human rights.

Furthermore, during a series of meetings with government representatives and court officials between 2010 and 2013, Amnesty International welcomed the establishment of the International Crimes Tribunal (ICT-BD) in Bangladesh. We also reiterated to the authorities the need to ensure that the trials followed fair trial standards and that there should be no recourse to the death penalty.

Amnesty International calls for independent and effective investigation of all persons against whom there is reasonable suspicion of criminal responsibility for crimes under international law and other serious violations or abuses of human rights. Amnesty international believes strongly that there is sufficient evidence to indicate that crimes under international law and other serious violations of human rights were committed by both sides to the conflict in Bangladesh and, as in other conflicts such as Sri Lanka and Afghanistan, we call for accountability on both sides.

Research conducted by Amnesty International since the commencement of trials against accused 1971 war criminals at the ICT-BD have revealed serious breaches of international fair trial law standards both in law and in practice. These concerns were expressed to the government in meetings with officials between 2010 and 2013 and examples of flaws in subsequent trials have been shared with the government since then.

Publicly available documents show that major international human rights organizations including Human Rights Watch and the International Commission of Jurists, as well as the officials of foreign governments and other international observers, have also raised serious concerns about the trials and the appeal processes.

The government of Bangladesh has not adequately addressed these concerns.

Amnesty International opposes the death penalty in all cases without exception, regardless of the nature or circumstances of the crime; guilt, innocence or other characteristics of the individual; or the method used by the state to carry out the execution. The call for the abolition of the death penalty does not mean crimes should go unpunished, however; perpetrators of human rights abuses must be brought to justice in fair trials without recourse to the death penalty.

We have raised our concern about imminent executions in Bangladesh in all cases that have come to our attention, regardless of who the persons facing execution are. We will continue to campaign for the abolition of the death penalty in Bangladesh.

Received via email from Amnesty International,London 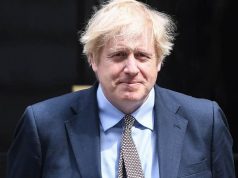 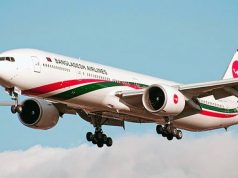